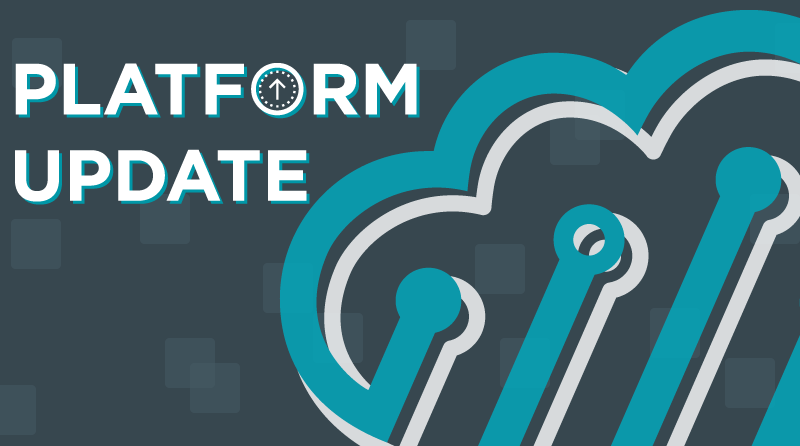 Version 1.1.9 of the beta Atmosphere IoT Platform is now available, and it features some exciting new additions to the platform. Today’s update includes a lot of great stuff, and we’ll be touching on a few of the highlights, notably the introduction of Wi-Fi support for the ESP32, the integration of several sensors, and the addition of reading NFC tags.

Prior to today’s update, the ESP32 could only be used and provisioned over BLE. Now, you can provision an ESP32 just as you would using BLE, but now have the option to add a Wi-Fi connection by configuring the device’s Wi-Fi settings right from the Add Device window. All that’s needed to connect over Wi-Fi are the network’s credentials (SSID and password), and if you add them during provisioning the device will remain connected to Atmosphere over Wi-Fi. The device’s Wi-Fi settings can be configured from its device settings page as well. In addition to Wi-Fi provisioning, Atmosphere Studio ESP32 projects now include cloud event and cloud command elements within Embedded View in addition to their other locations. These elements enable you to create direct embedded-to-cloud aspects for your projects, bypassing the need for a mobile device and directly sending data between the ESP32 and Atmosphere. This is a pretty big step in building more versatile and robust IoT solutions, and we’re excited to get this added to Atmosphere. The embedded variations of these cloud elements are only available on ESP32 projects for now, but as we add support for more Wi-Fi devices they will also have them included.

We’re working hard to expand our library of integrated sensors to include a wide variety of popular models, sensor types, and manufacturers. Today’s update features several additional sensors that increase the range of what you can do with Atmosphere:

Each of these sensors are available as elements across all project types, simply enable them within a project’s Add Element window from Embedded View to try them out. The Texas Instruments current and power monitor and Maxim Integrated real time clock are of particular note, as these are the first elements of their type to be added to Atmosphere. We plan on releasing example projects in the near future that demonstrate a variety of ways you can use these sensors in Atmosphere projects, so stay tuned as we look to provide more examples to get you started with your favorite sensors.

Wi-Fi isn’t the only protocol that’s made its way into Atmosphere with the 1.1.9 update: the release also introduces near-field communication (NFC) record writing and NFC tag reading into your projects. We’ve added two embedded elements that allow you to configure and add NFC records to your projects, beginning with MIME type records and well known records. These are initially only available for NXP Rapid IoT projects, but we expect the list of project types — and record type elements — to grow over time. On the mobile app side of things, a general NFC element has been added as well, allowing you to read NFC records from any NFC tag in your projects. Likewise, NFC is enabled within the Atmosphere app to support this. To top things off, the Atmosphere app now has a tap-to-connect feature using NFC. This allows you to simply tap your NFC-enabled device (such as a Rapid IoT Kit) to your mobile device and it automatically launches the Atmosphere app and opens the device’s app you designed in Studio.

We’re always looking to improve the platform, so we encourage your feedback and what you think about the latest additions and improvements, and if you have any suggestions let us know in our forums. And as always, be sure to download the latest version of the Atmosphere IoT mobile app and Atmosphere IoT Agent as well.